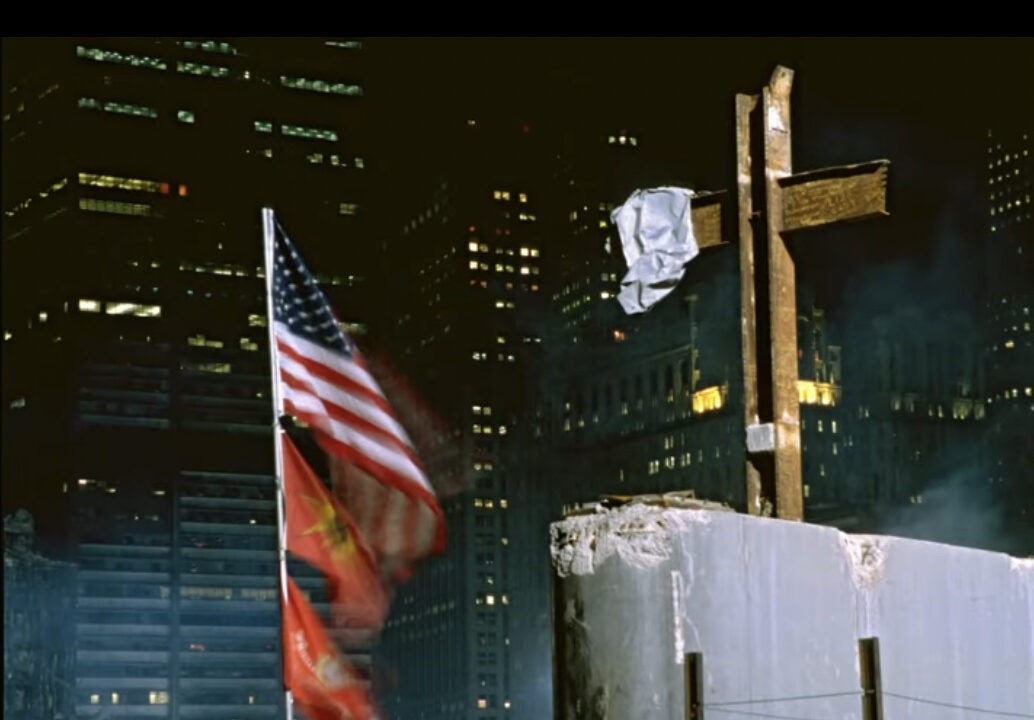 The September 11, 2001 attacks happened to occur at a time in my life that for me was personally very sweet. Our firstborn daughter had just turned one years old and my life was one of living in the glow of a happy new marriage and baby. I had worked in local news and media, but I was now a grateful stay at home mom and loved my life. My husband worked as a firefighter for Sacramento Metropolitan Fire District. He would sometimes be gone for days at a time, but I stayed busy with our daughter and creating a loving household.   I woke up as usual around 6 am (in California) and checked in on our daughter. She was still sleeping, as was my husband. So I savored this time of pouring a cup of coffee and settling in at my computer to see the morning’s news.   What I turned on, I could never have imagined in a million years. But within minutes I was on the floor in tears crying out loud to God. I had just turned on the news right as the second plane hit the South Tower. WHAT?! I thought: this is impossible. What IS THIS?!! And then before long I heard talk of the Pentagon and the words “Terror Attack.” It truly was the most frightening thing I had ever experienced. And I was thousands of miles away. My thoughts immediately went to our baby daughter and what this could mean for her. Would my husband need to go into work (he did,) and would he be in danger? And I then watched in pure horror and agony and heartbreak the video of those in the towers trying to escape the flames. And then my thoughts went to the passengers in the planes and how terrifying that must have been. It was traumatic. There really wasn’t much social media then (or I wasn’t connected with anyone,) so I longed to connect with people. I called my mom and others. We had a landscaper appointment and when he showed up, we both were still in shock. I was glued to the TV all day, taking breaks to care for our daughter. But, it was so frightening because you just didn’t know what could happen next. We really didn’t know who did this. All the planes were grounded. When the president finally spoke to the nation, things seemed a little bit more like normal. But, it wasn’t normal. We had just gone through what seemed to be a wartime attack in our nation’s capital and largest city by commercial airliners. Totally innocent Americans blindsided by this evil plot. And it touched every heart deeply. Going to the grocery store was different. There was an acknowledgement that we all just had and were still experiencing something life changing. Something that should never have happened. It felt personal. And we grieved for those who were missing loved ones and for those who did not make it out of the planes or buildings. We grieved for the families. And all those firefighters who so bravely entered those buildings, willingly going up all those flights of stairs while others were doing everything they could to get out.   When the ash cleared after the collapse of the Twin Towers, it was impossible to grasp the massive scope of this cataclysmic attack.. And to this day it still is.  When something has touched me deeply, I often write about it. And this day, September 11, 2001 did. What makes me sad and angry is anyone who would try to downplay the devastatingly catastrophic and deadly huge attack and event that it was. Or forget the most beautiful outpouring of love and patriotism and brotherly love and camaraderie that we have ever seen in this country. We couldn’t thank the police and firefighters enough. Even my husband who worked way out here in California said people would drop by the fire station day and night to drop off food and other gifts of thanks. I think that our hearts were so moved, we had to do something. We wanted to show our deep gratitude and sorrow.   There was also a true and deep humbling that happened. We truly felt helpless. And God was our help and refuge. We WANTED to go to church. We found comfort and strength being near God. We WANTED God to BLESS our nation. It was no longer about “me,” it was about “us.” And OUR nation. OUR country. We cared about each other and wanted to do everything we could to protect our nation. What a beautiful place to have been. It’s called “UNITY” – Anyone who truly felt the impact of 9/11 on that day will NEVER want anyone to downplay the day, try and make light of anything about it. It was as bad as it gets. And our love for each other and our country was as good as it gets. And we will NEVER forget.    I wrote this song with all of this on my heart as we remember the 20th Anniversary of September 11, 2001.